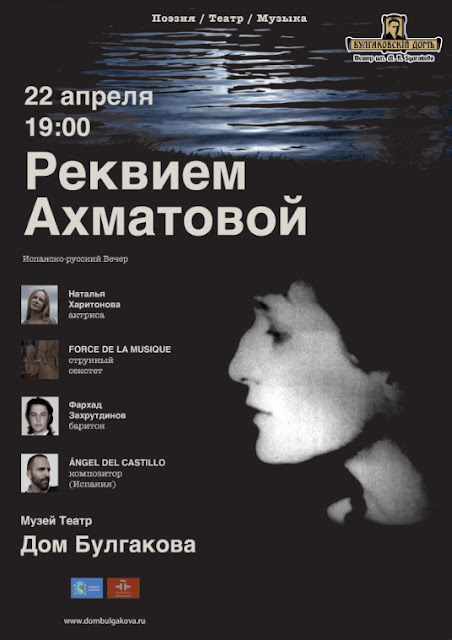 When Angel del Castillo discovers the poetry of Akhmatova he decides to move to Moscow during 2 years.
The performance was the result of this period, a tribute to the past of Russia and its moment in 2014.
There is a simple stage with 6 strings and a screen plus actress, baritone and a bailarina.
Angel del Castillo opens the meaning of the spoken Requiem by the actress with songs in spanish from poems of Neruda, Lorca and Alberti, and in russian from Pushkin, Tsvetaeva and Akhmatova.
The premiere was made in the Bulgakov Theater, Moscow, in April of 2014.
Angel del Castillo works here as composer and stage director. 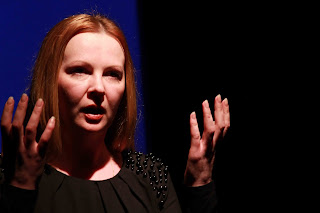 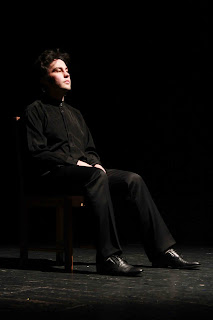